Actually, Global Vipassana Pagoda is a Meditation Dome Hall located near Gorai, North-west of Mumbai, India. This pagoda is one of the largest meditation halls with a capacity to seat around 8,000 Vipassana meditators. It is recorded that the pagoda has been built out of gratitude to Vipassana teacher and the first Accountant-General of Independent Burma, Sayagyi U Ba Khin. He played an important role in returning the Vipassana meditation back to India.

The Global Vipassana Pagoda is built in a traditional Burmese design. It is believed that the pagoda is an expression of gratitude towards the country of Burma for preserving the practice of Vipassana. Hence it is clearly seen that the outer architectural design is completely similar to that of Shwedagon Pagoda.

The construction of the Global Vipassana Pagoda began in 2000. The pagoda consists of three sub domes. The first dome was completed in 2006. It was the largest dome compared to others and houses bone relics of Gautama Buddha. The relics were transferred from the stupa at Bhattiprolu, Guntur district, Andhra Pradesh, South India. They have been donated by the Mahabodhi Society of India and the prime minister of Sri Lanka to be kept at the Global Vipassana Pagoda. Quite smaller in size, the second and third domes sit atop the first dome. It is recorded that the third dome was structurally completed in 2008.

The Global Vipassana Pagoda complex is equipped with the world's largest meditation hall which has been built beautifully without any supporting pillars. The height of the dome is approximately 29 meter and the height of the building is 96.12 meters. The external diameter of the largest section of the dome is 97.46 m and the shorter sections is 94.82m while the internal diameter is 85.15 m. The inside of the pagoda is hollow which serves as a very large meditation hall. It is recorded that the inner dome has the capacity for over 8000 people to practice meditation.

The foundation of the dome consists of basalt while the dome itself is made from sandstone brought from Rajasthan. It has been found that the individual blocks of sandstone weigh around 600–700 kg. These bricks have the unique design which kept themselves in place. It is because they interlock with the ones adjacent to it and lime mortar is used to fill in any remaining gaps. The circumambulation path is laid in marble.

Other structures at the Global Vipassana Pagoda complex are as follows.

It is recorded that the main pagoda is the pillar-less structure which encompasses a meditation hall to seat around 8,000 Vipassana meditators. That's why it is regarded as the largest such meditation hall in the world. 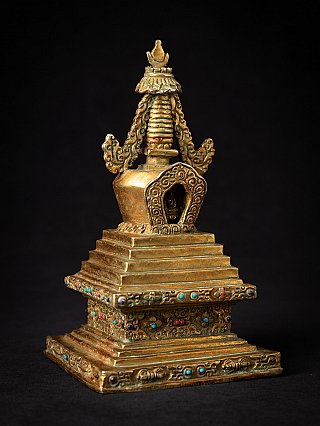 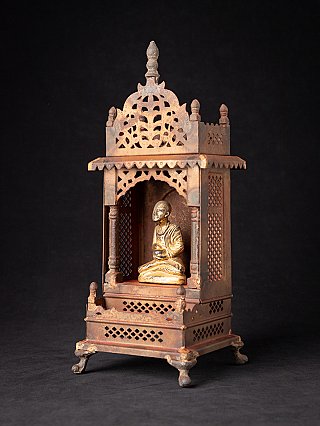 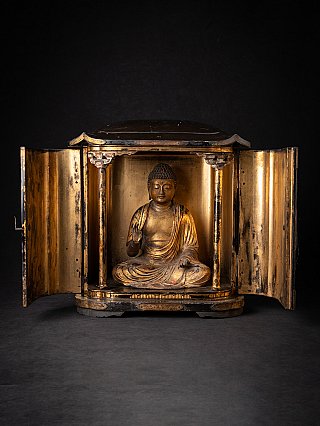 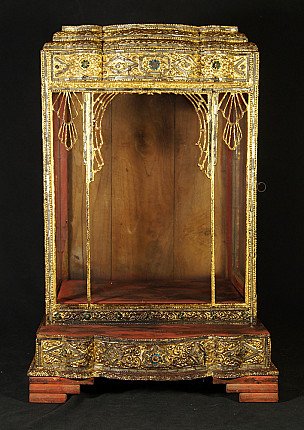